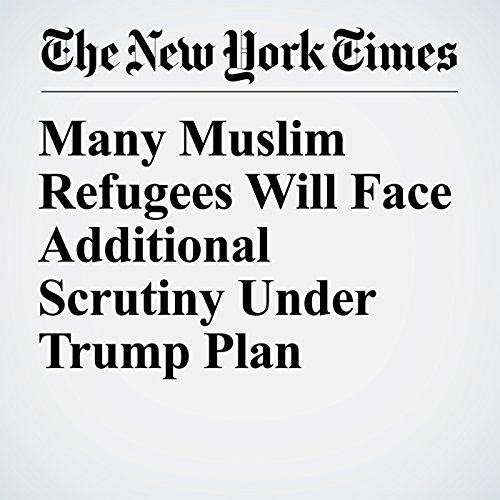 Many Muslim Refugees Will Face Additional Scrutiny Under Trump Plan

The Trump administration said Monday that it is resuming the admission of refugees from 11 countries with additional screening that it said will increase security but which refugee groups say will make it harder for Muslims to find safe haven in the United States.

"Many Muslim Refugees Will Face Additional Scrutiny Under Trump Plan" is from the January 29, 2018 U.S. section of The New York Times. It was written by Miriam Jordan and narrated by Keith Sellon-Wright.