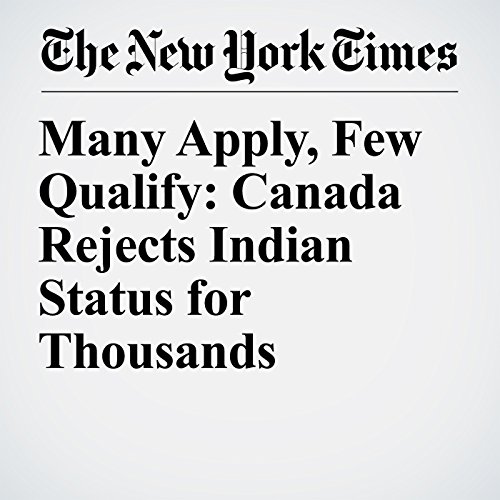 Canada moved this week to revoke the Indian status of thousands of people in Newfoundland who had been recognized as “founding members” of the Qalipu First Nation band. It is the latest step in a chaotic process to decide who among the sprawling island’s nearly 530,000 people should be recognized as Native Canadians.

"Many Apply, Few Qualify: Canada Rejects Indian Status for Thousands" is from the February 07, 2017 World section of The New York Times. It was written by Craig S. Smith and narrated by Caroline Miller.