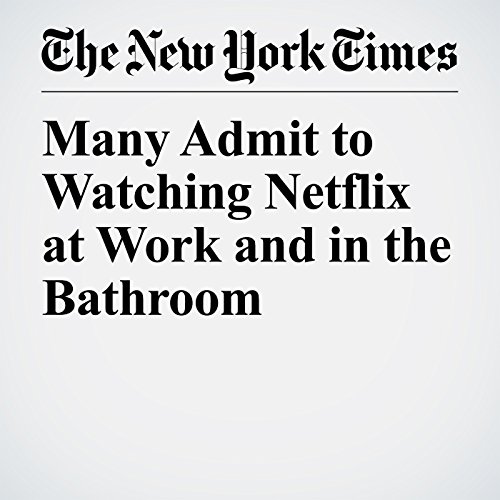 Many Admit to Watching Netflix at Work and in the Bathroom

According to new data from the video giant Netflix, about 12 percent of Americans who watch television shows or movies outside of the home admit to having done so in a public restroom. And 37 percent say they’ve watched at work.

"Many Admit to Watching Netflix at Work and in the Bathroom" is from the November 17, 2017 Business section of The New York Times. It was written by Niraj Chokshi and narrated by Archie Montgomery.