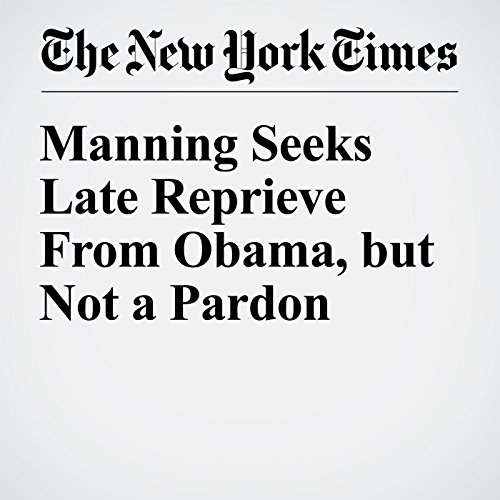 But Manning, who is struggling to transition to life as a woman while enduring a bleak existence at a male military prison, has asked President Barack Obama to commute the remainder of her sentence before he leaves office next week. She poses particular challenges as a prisoner, with a volunteer support network that helps bring global attention to her treatment, fragile mental state — she twice tried to commit suicide in 2016 — and need for treatment that the military has no experience providing.

"Manning Seeks Late Reprieve From Obama, but Not a Pardon" is from the January 13, 2017 U.S. section of The New York Times. It was written by Charlie Savage and narrated by Barbara Benjamin-Creel.