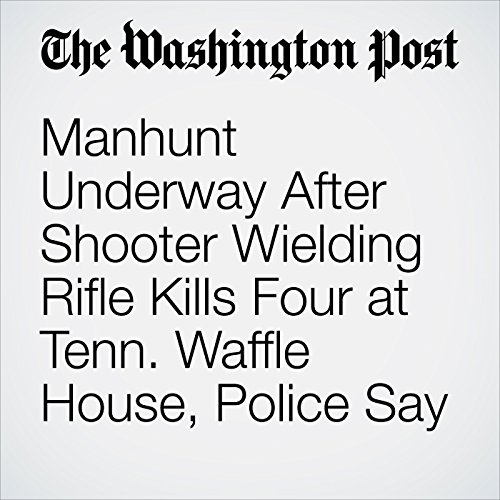 Police are looking for a man who they said opened fire at a Waffle House restaurant near Nashville early Sunday morning, killing four and injuring several others.

"Manhunt Underway After Shooter Wielding Rifle Kills Four at Tenn. Waffle House, Police Say" is from the April 22, 2018 National section of The Washington Post. It was written by Kristine Phillips and narrated by Sam Scholl.