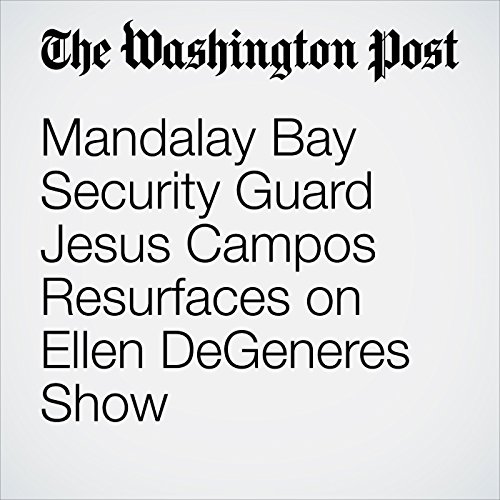 The Mandalay Bay security guard who was described as “missing” in recent news reports has turned up on “The Ellen DeGeneres Show,” where he taped his first public account of being wounded as he responded to Stephen Paddock’s deadly shooting rampage in Las Vegas.

"Mandalay Bay Security Guard Jesus Campos Resurfaces on Ellen DeGeneres Show" is from the October 18, 2017 U.S. section of The Washington Post. It was written by Derek Hawkins and narrated by Sam Scholl.