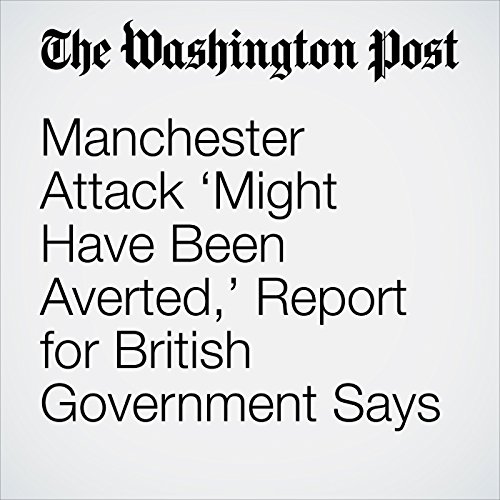 A suicide attack at a concert by pop star Ariana Grande in Manchester in May might have been foiled had investigators grasped the importance of “highly relevant” intelligence that passed their desks, according to a report commissioned by the British government that was released Tuesday.

"Manchester Attack ‘Might Have Been Averted,’ Report for British Government Says" is from the December 05, 2017 World section of The Washington Post. It was written by William Booth and narrated by Sam Scholl.