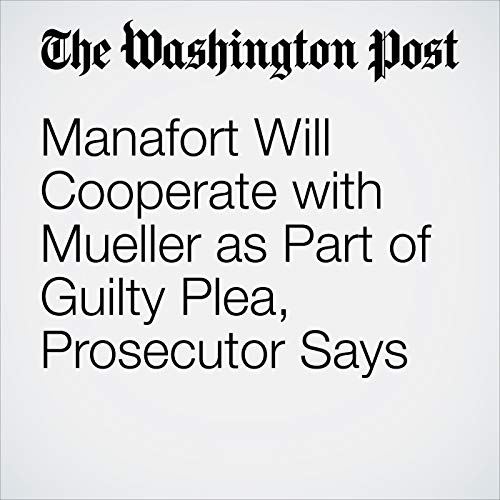 President Trump’s former campaign chairman Paul Manafort agreed Friday to provide testimony to special counsel Robert S. Mueller III, as part of a plea deal that could answer some of the most critical questions about whether any Americans conspired with Russian efforts to influence the 2016 election.

"Manafort Will Cooperate with Mueller as Part of Guilty Plea, Prosecutor Says" is from the September 14, 2018 National section of The Washington Post. It was written by Spencer S. Hsu ,Devlin Barrett andJustin Jouvenal and narrated by Jenny Hoops.