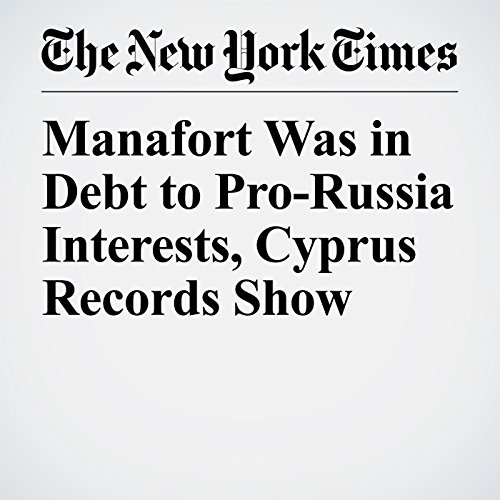 Financial records filed last year in the secretive tax haven of Cyprus, where Paul Manafort kept bank accounts during his years working in Ukraine and investing with a Russian oligarch, indicate that he had been in debt to pro-Russia interests by as much as $17 million before he joined Donald Trump's presidential campaign in March 2016.

"Manafort Was in Debt to Pro-Russia Interests, Cyprus Records Show" is from the July 19, 2017 World section of The New York Times. It was written by Mike Mcintire and narrated by Keith Sellon-Wright.