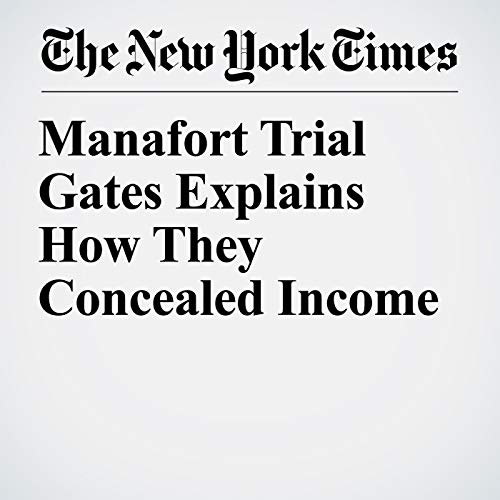 Rick Gates, who was long the right-hand man to Paul Manafort, President Donald Trump’s campaign chairman, returned to the stand Tuesday morning as prosecutors began leading him through a clinical examination of his and Manafort’s business dealings, including how he hid income to avoid taxes and who they worked for in Ukraine.

"Manafort Trial Gates Explains How They Concealed Income" is from the August 07, 2018 US section of The New York Times. It was written by Emily Cochrane, Adam Goldman, Sharon LaFraniere, Kenneth P. Vogel and Noah Weiland and narrated by Kristi Burns.