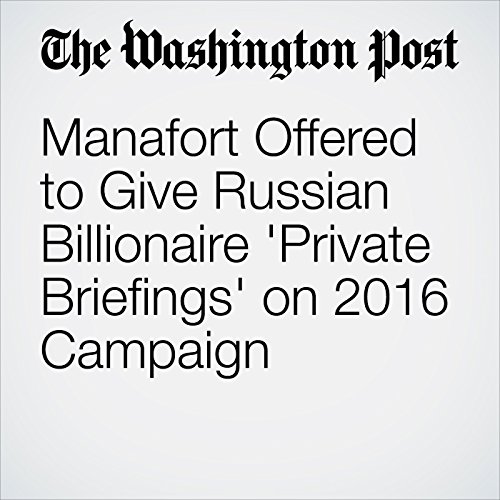 Manafort Offered to Give Russian Billionaire 'Private Briefings' on 2016 Campaign

Less than two weeks before Donald Trump accepted the Republican presidential nomination, his campaign chairman offered to provide briefings on the race to a Russian billionaire closely aligned with the Kremlin, according to people familiar with the discussions.

"Manafort Offered to Give Russian Billionaire 'Private Briefings' on 2016 Campaign" is from the September 20, 2017 Politics section of The Washington Post. It was written by Tom Hamburger, Rosalind S. Helderman, Carol D. Leonnig and Adam Entous and narrated by Sam Scholl.