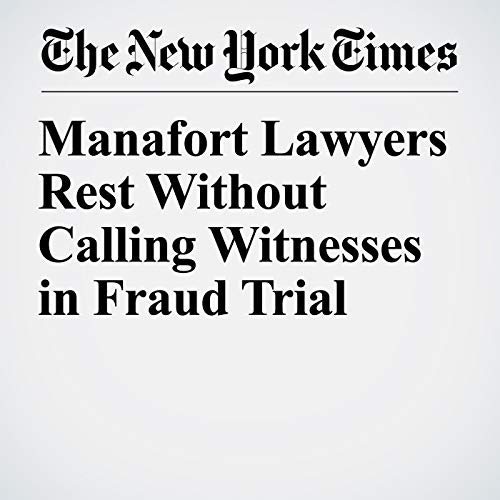 ALEXANDRIA, Va. — Lawyers for Paul Manafort rested without calling witnesses Tuesday in their client’s trial on bank and fraud charges, a stark contrast from the prosecution’s case that included testimony from nearly two dozen people and hundreds of documents entered into evidence.

"Manafort Lawyers Rest Without Calling Witnesses in Fraud Trial" is from the August 14, 2018 U.S. section of The New York Times. It was written by Sharon Lafraniere and narrated by Kristi Burns.