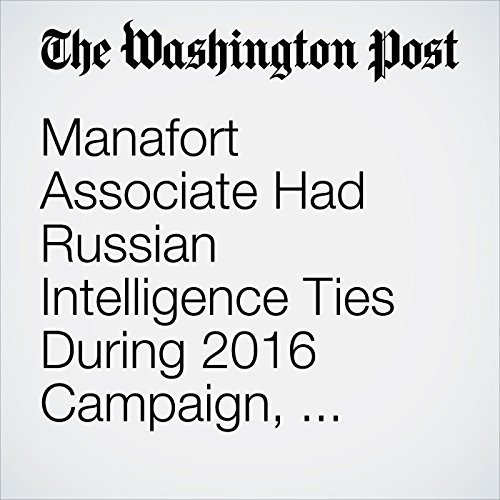 The FBI has found that a business associate of former Trump campaign chairman Paul Manafort had ongoing ties to Russian intelligence, including during the 2016 presidential campaign when Manafort and his deputy, Rick Gates, were in touch with the associate, according to new court filings.

"Manafort Associate Had Russian Intelligence Ties During 2016 Campaign, Prosecutors Say" is from the March 28, 2018 Politics section of The Washington Post. It was written by Spencer S. Hsu and Rosalind S. Helderman and narrated by Sam Scholl.