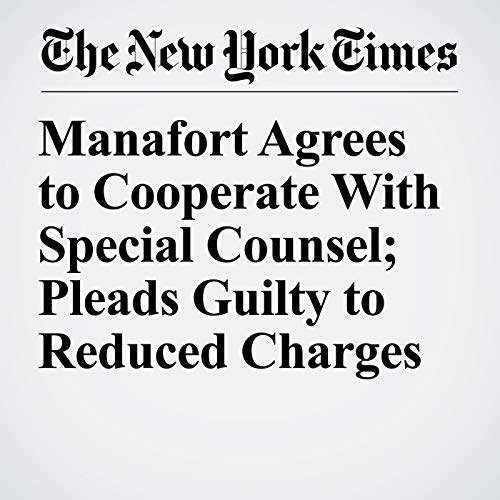 Paul Manafort, President Donald Trump’s former campaign chairman, agreed Friday to cooperate with the special counsel, Robert Mueller, as part of a deal in which he pleaded guilty to reduced charges.

"Manafort Agrees to Cooperate With Special Counsel; Pleads Guilty to Reduced Charges" is from the September 14, 2018 U.S. section of The New York Times. It was written by Sharon Lafraniere and narrated by Fleet Cooper.