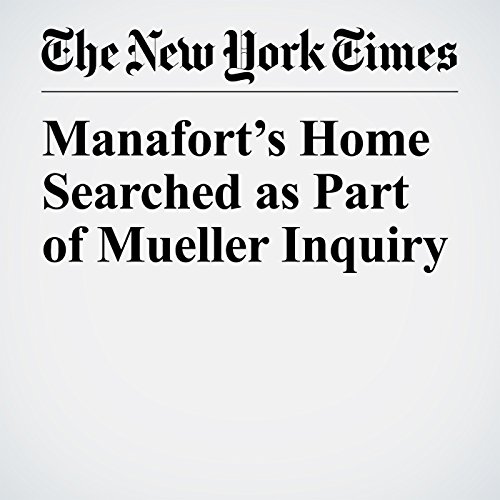 Investigators for Special Counsel Robert Mueller recently searched the Northern Virginia home of President Donald Trump’s former campaign manager, Paul Manafort, for tax documents and foreign banking records, a sign that the inquiry into Manafort has broadened, according to a person briefed on the matter.

"Manafort’s Home Searched as Part of Mueller Inquiry" is from the August 09, 2017 U.S. section of The New York Times. It was written by Michael S. Schmidt and Adam Goldman and narrated by Keith Sellon-Wright.