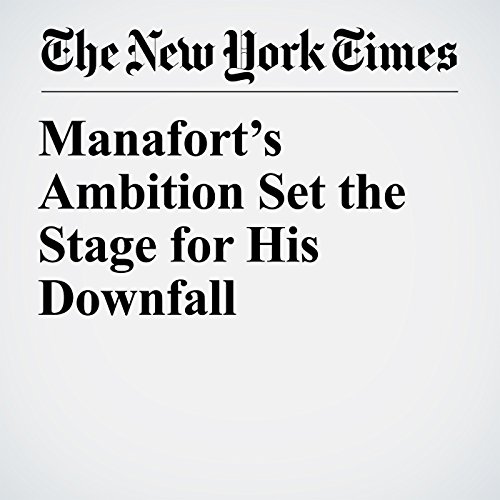 Manafort’s Ambition Set the Stage for His Downfall

In February 2016, after decades of lucrative paydays from foreign clients, Paul Manafort found himself at an inflection point. He was starting to give up hope of collecting millions of dollars owed to him by a Russian-aligned Ukrainian political party, and was straining to help his son-in-law salvage bad real estate investments. And he was also itching for one last shot on the U.S. political stage.

"Manafort’s Ambition Set the Stage for His Downfall" is from the October 30, 2017 U.S. section of The New York Times. It was written by Kenneth P. Vogel and narrated by Keith Sellon-Wright.