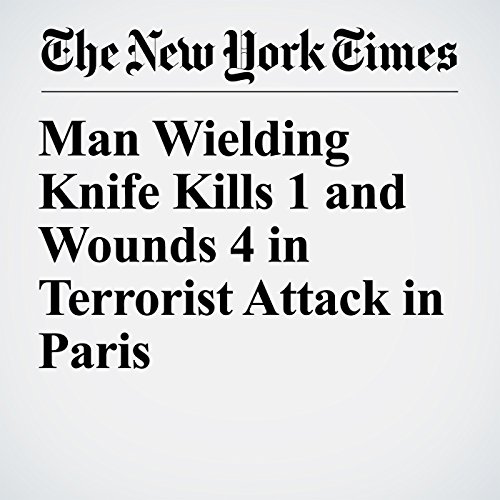 PARIS — A man armed with a knife attacked five people in a neighborhood near the Paris Opera, according to French police, killing one and wounding four, two of them seriously.

"Man Wielding Knife Kills 1 and Wounds 4 in Terrorist Attack in Paris" is from the May 12, 2018 World section of The New York Times. It was written by Elian Peltier, Alissa J. Rubin and narrated by Keith Sellon-Wright.