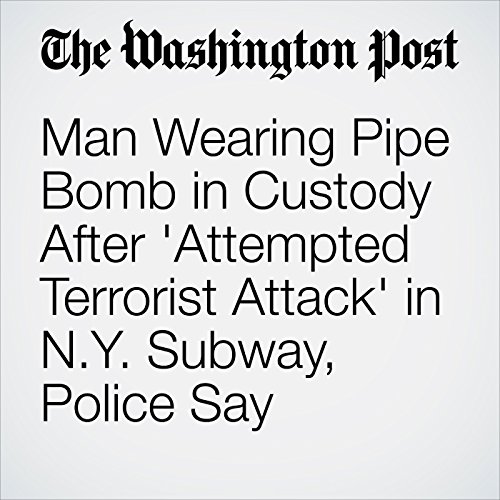 The man suspected of setting off the explosion early Monday morning in Midtown Manhattan was identified by authorities as 27-year-old Akayed Ullah, an immigrant from Bangladesh who lives in Brooklyn. The blast, which occurred in the area of the Port Authority Bus Terminal, at 42nd Street and Eigth Avenue, resulted in serious injuries to the suspect and minor injuries to at least three others, authorities said during a morning news conference.

"Man Wearing Pipe Bomb in Custody After 'Attempted Terrorist Attack' in N.Y. Subway, Police Say" is from the December 11, 2017 National section of The Washington Post. It was written by Mark Berman, Lindsey Bever, Amy B. Wang and Devlin Barrett and narrated by Sam Scholl.