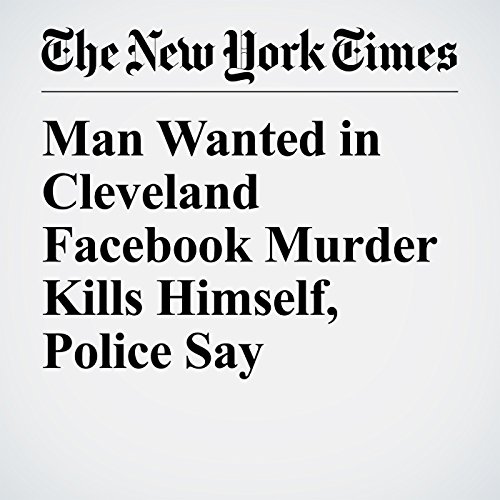 A three-day manhunt in a fatal shooting that garnered intense attention after a video of it was posted on Facebook ended Tuesday with a brief car chase and the suspect shooting and killing himself, authorities said.

"Man Wanted in Cleveland Facebook Murder Kills Himself, Police Say" is from the April 18, 2017 U.S. section of The New York Times. It was written by Christopher Mele and narrated by Keith Sellon-Wright.