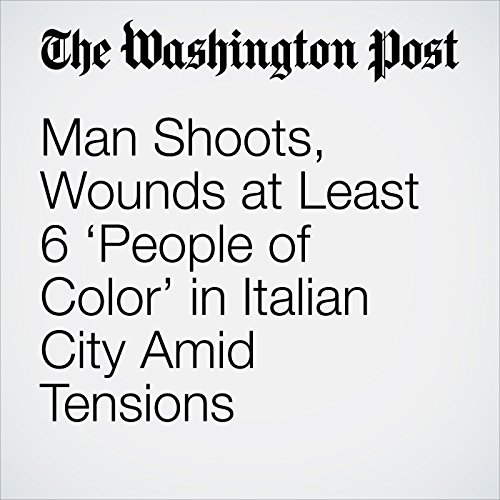 ROME — A man draped in Italy’s tricolor flag wounded at least six “people of color” in a drive-by shooting in a central Italian city on Saturday before being detained, authorities said. The suspect had been a candidate for the anti-immigrant Northern League party in municipal elections last year, according to a party spokeswoman.

"Man Shoots, Wounds at Least 6 ‘People of Color’ in Italian City Amid Tensions" is from the February 03, 2018 World section of The Washington Post. It was written by Stefano Pitrelli and Michael Birnbaum and narrated by Sam Scholl.