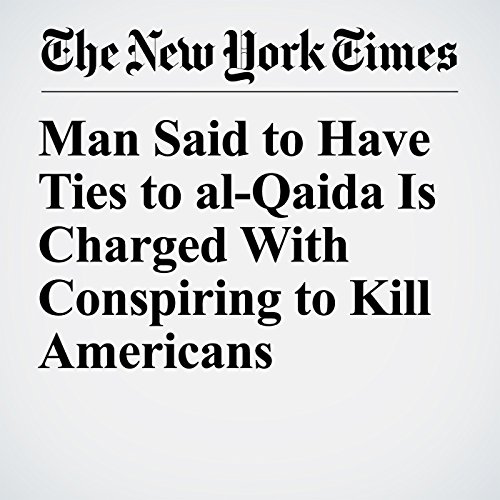 A German man who the authorities say “rubbed shoulders” with Osama bin Laden and other top al-Qaida officials who planned and executed the Sept. 11 attacks has been charged with conspiring to kill Americans and support terrorists along with other crimes, federal prosecutors announced Wednesday.

"Man Said to Have Ties to al-Qaida Is Charged With Conspiring to Kill Americans" is from the January 17, 2018 U.S. section of The New York Times. It was written by Matt Stevens and narrated by Caroline Miller.