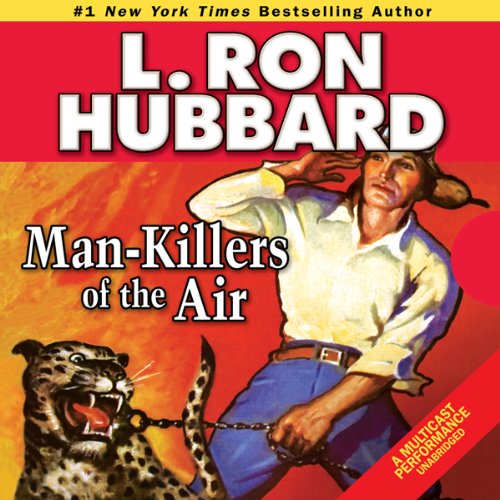 Man-Killers of the Air

There’s not a dare Smoke Burnham won’t take, and there’s not a wager he won’t make. Now he’s betting his life that he can fly his plane, Super Comet - with his pet cheetah Patty coming along for the ride - across the mountains and jungles of South America to a prize-winning payday.

All he has to do is out-race the competition, out-maneuver a saboteur, and make out with his girl - who’s determined to bring him down to earth. One thing you can count on - in the air, in a fight, or in his girlfriend’s arms - he’s a man who likes to turn up the heat. Because where there’s Smoke, there’s fire.

Set a course for the Andes and the Amazon as the audio version of Man-Killers of the Air takes you on a death-defying flight from heaven to hell and back again.

“A deft musical score with well-chosen sound effects create an audio movie from one of Hubbard's most entertaining adventure stories.” (AudioFile magazine)

"Beats any Pirates of the Carribbean story you will find." (Associated Content)