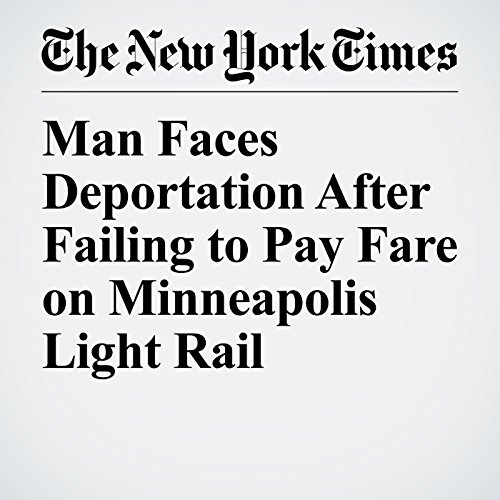 A man who was arrested and charged with failing to pay his fare on a Minnesota light rail train is facing deportation after undergoing what the authorities described as inappropriate questioning about his immigration status by a transit police officer.

"Man Faces Deportation After Failing to Pay Fare on Minneapolis Light Rail" is from the May 30, 2017 U.S. section of The New York Times. It was written by Matt Stevens and narrated by Fleet Cooper.