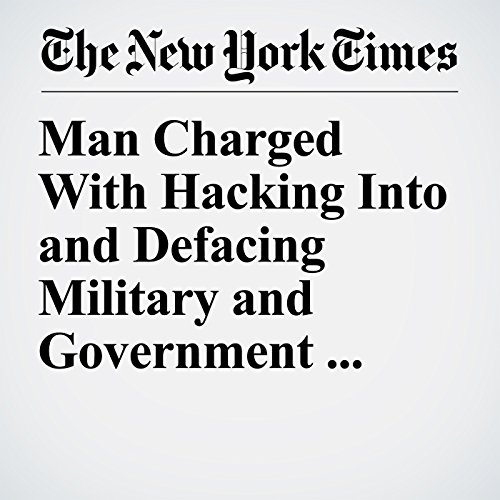 A California man suspected of accessing and defacing numerous military, government and business websites, including that of West Point’s Combating Terrorism Center and the New York City Comptroller’s Office, was arrested Thursday on computer fraud charges.

"Man Charged With Hacking Into and Defacing Military and Government Websites" is from the May 10, 2018 U.S. section of The New York Times. It was written by Maya Salam and narrated by Mike DelGaudio.