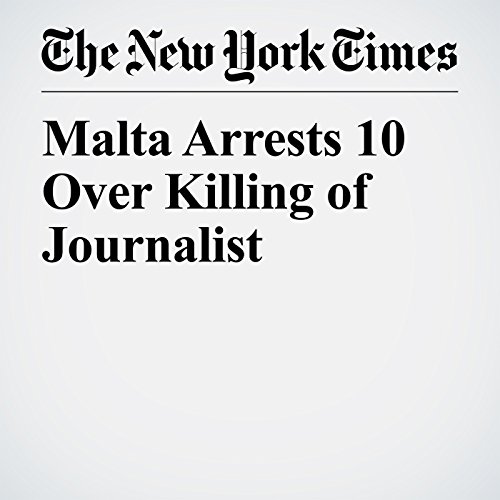 Facing pressure from the European Union to make progress in the investigation of the car bomb killing of journalist Daphne Caruana Galizia, Malta announced Monday that 10 people had been arrested in connection with the crime.

"Malta Arrests 10 Over Killing of Journalist" is from the December 04, 2017 World section of The New York Times. It was written by Andrew Higgins and Alan Cowell and narrated by Kristi Burns.