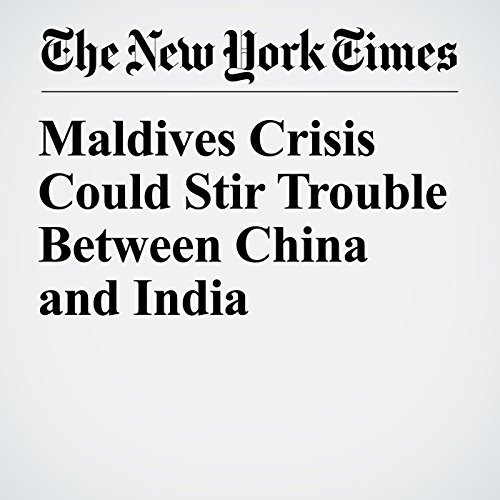 As the Maldives’ autocratic president, Abdulla Yameen, cracks down on opposition to consolidate power before another election, analysts and diplomats warn that the small nation’s troubles could provoke a larger crisis that draws in China and India, which have long competed for influence in the Indian Ocean region.

"Maldives Crisis Could Stir Trouble Between China and India" is from the February 14, 2018 World section of The New York Times. It was written by Mujib Mashal and narrated by Barbara Benjamin-Creel.