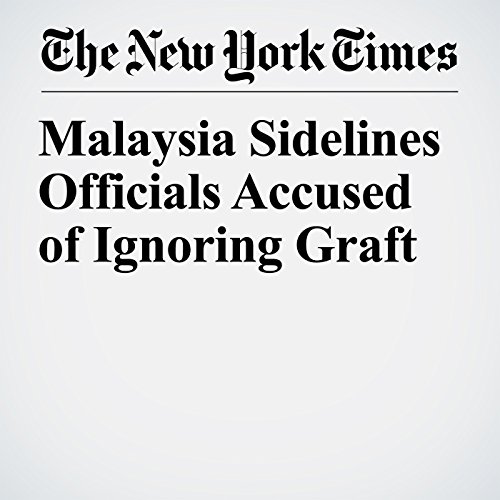 KUALA LUMPUR, Malaysia — Malaysian officials accused of covering up a large corruption scandal stepped down or were placed on leave Monday as Malaysia’s leadership continued to be upended by the defeat of the governing coalition last week.

"Malaysia Sidelines Officials Accused of Ignoring Graft" is from the May 14, 2018 World section of The New York Times. It was written by Austin Ramzy and Richard C. Paddock and narrated by Kristi Burns.