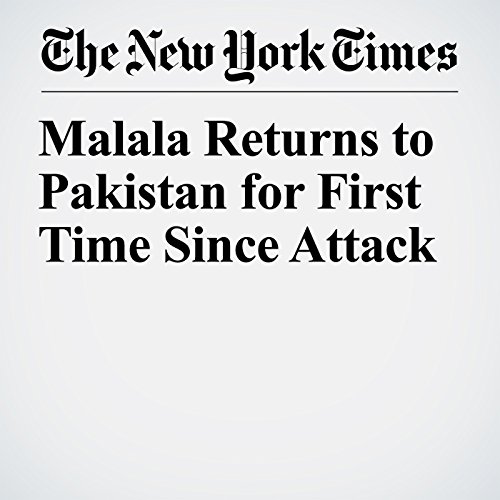 ISLAMABAD — Malala Yousufzai, the Pakistani activist for girls’ education and the world’s youngest Nobel laureate, returned to Pakistan early Thursday in her first visit since an attack by Taliban militants gravely wounded her in 2012.

"Malala Returns to Pakistan for First Time Since Attack" is from the March 29, 2018 World section of The New York Times. It was written by Salman Masood and narrated by Kristi Burns.