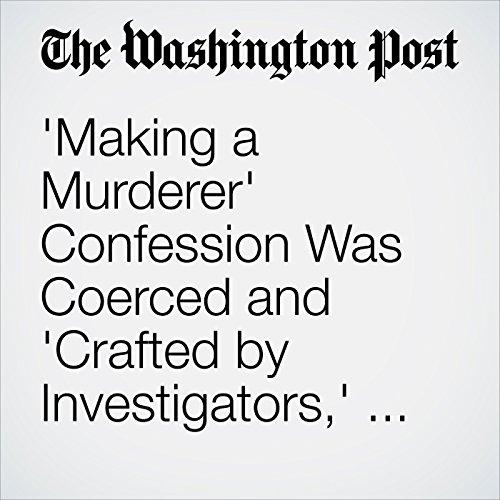 'Making a Murderer' Confession Was Coerced and 'Crafted by Investigators,' Court Affirms

The young prisoner featured in Netflix’s controversial documentary “Making a Murderer” was coerced into confessing to a 2005 killing, and his conviction should be overturned, according to a federal appeals court decision that could set up the case to go to the Supreme Court.

"'Making a Murderer' Confession Was Coerced and 'Crafted by Investigators,' Court Affirms" is from the June 23, 2017 True Crime section of The Washington Post. It was written by Kristine Phillips and narrated by Jenny Hoops.