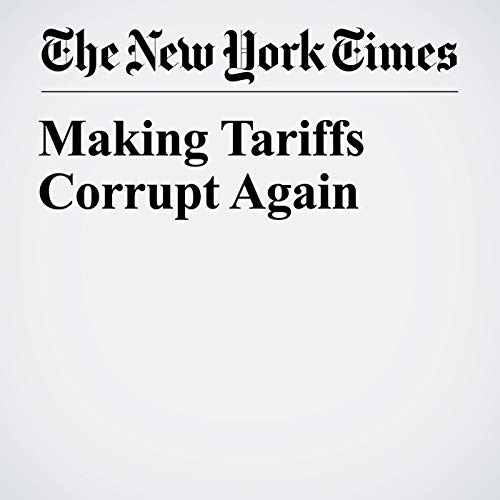 In normal times, Donald Trump’s announcement of tariffs on $200 billion worth of Chinese goods, bringing us closer to an all-out trade war, would have dominated headlines for days. Things being as they are, it was a below-the-fold story, drowned out by all the other scandals underway.

"Making Tariffs Corrupt Again" is from the September 20, 2018 Opinion section of The New York Times. It was written by Paul Krugman and narrated by Mike DelGaudio.