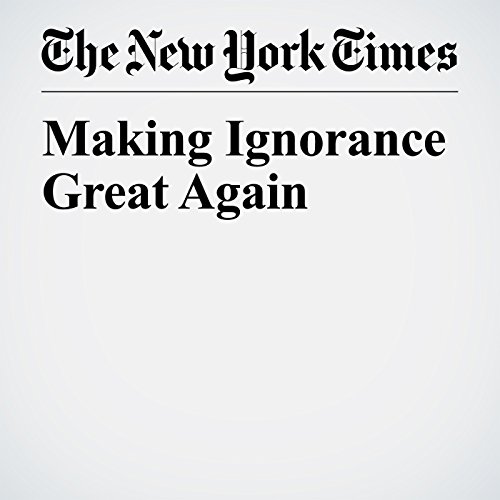 Donald Trump just took us out of the Paris climate accord for no good reason. I don’t mean that his decision was wrong. I mean, literally, that he didn’t offer any substantive justification for that decision. Oh, he threw around a few numbers about supposed job losses, but nobody believes that he knows or cares where those numbers came from. It was just what he felt like doing.

"Making Ignorance Great Again" is from the June 04, 2017 Opinion section of The New York Times. It was written by Paul Krugman and narrated by Kristi Burns.