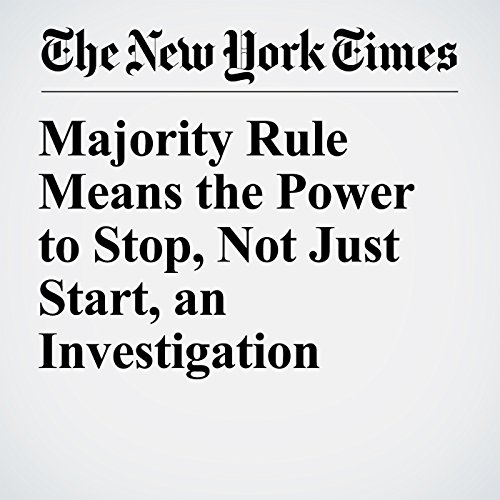 When Richard J. Durbin joined the Senate in 1997, his junior status relegated him to an unenviable task: serving in the minority on the Governmental Affairs Committee as the Republican-led panel exhaustively examined claims of an insidious Chinese plot to help President Bill Clinton in the 1996 elections.

"Majority Rule Means the Power to Stop, Not Just Start, an Investigation" is from the March 03, 2017 World section of The New York Times. It was written by Carl Hulse and narrated by Jenny Hoops.