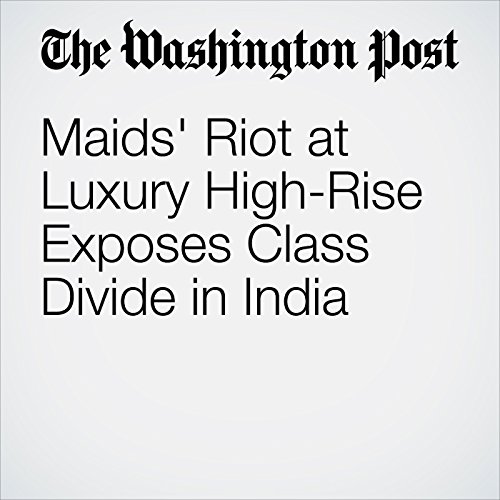 A mob of angry domestic workers chanted in protest and threw stones at a luxury high-rise outside India’s capital on Wednesday, laying bare the deep divisions between the haves and have-nots in one of the world’s fastest-growing economies.

"Maids' Riot at Luxury High-Rise Exposes Class Divide in India" is from the July 12, 2017 Asia & Pacific section of The Washington Post. It was written by Annie Gowen and Vidhi Doshi and narrated by Sam Scholl.