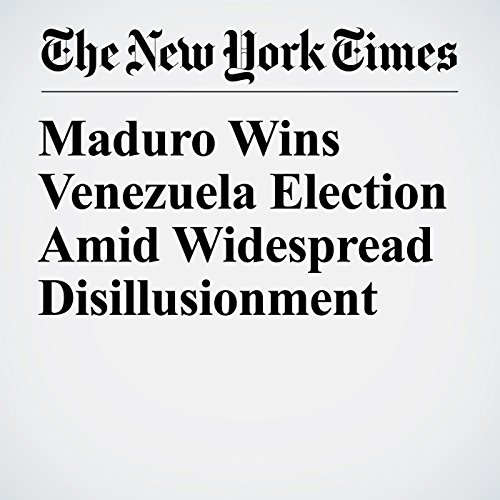 CARACAS, Venezuela — President Nicolás Maduro won a second term on Sunday as president of Venezuela, a country in the midst of a historic economic collapse marked by soaring prices, widespread hunger, rampant crime, a failing health system and a large-scale exodus of its citizens.

"Maduro Wins Venezuela Election Amid Widespread Disillusionment" is from the May 21, 2018 World section of The New York Times. It was written by William Neuman and Nicholas Casey and narrated by Kristi Burns.