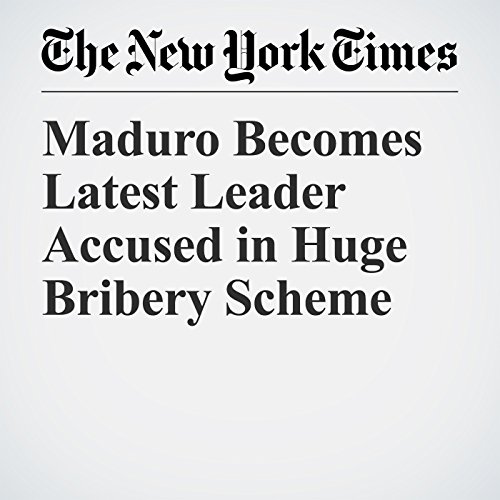 President Nicolás Maduro of Venezuela received at least $35 million in bribes from a Brazilian construction company in 2013, according to a video posted on a blog run by the country’s former attorney general, who fled the country in August.

"Maduro Becomes Latest Leader Accused in Huge Bribery Scheme" is from the October 13, 2017 World section of The New York Times. It was written by Nicholas Casey and narrated by Barbara Benjamin-Creel.