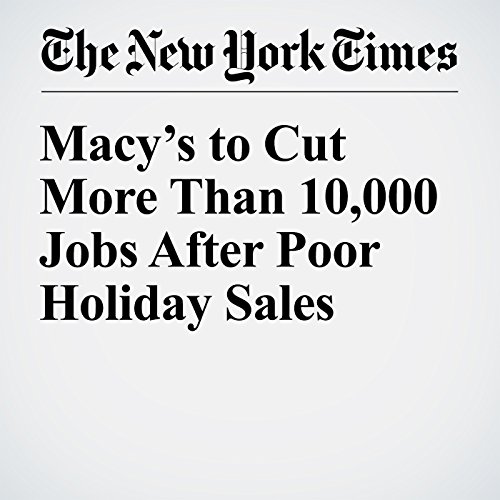 Struggling with sagging sales over another crucial holiday shopping season, Macy’s announced Wednesday that it was eliminating more than 10,000 jobs as part of a continuing plan to cut costs and close 100 stores.

"Macy’s to Cut More Than 10,000 Jobs After Poor Holiday Sales" is from the January 04, 2017 Business section of The New York Times. It was written by Christopher Mele and narrated by Fleet Cooper.