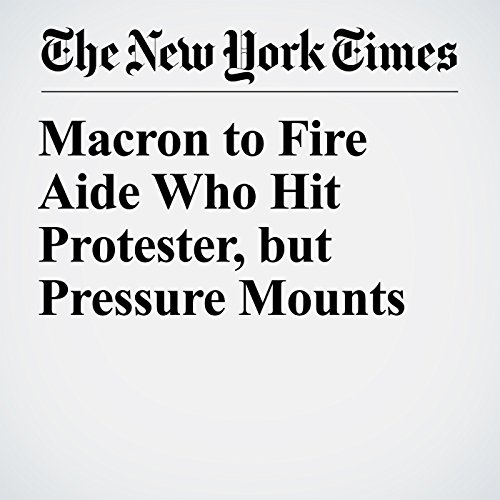 After a day of intense pressure, the office of President Emmanuel Macron of France said Friday that it would fire the aide who was identified this week in a video that shows him hitting a protester during a demonstration in May.

"Macron to Fire Aide Who Hit Protester, but Pressure Mounts" is from the July 20, 2018 World section of The New York Times. It was written by Aurelien Breeden and narrated by Barbara Benjamin-Creel.