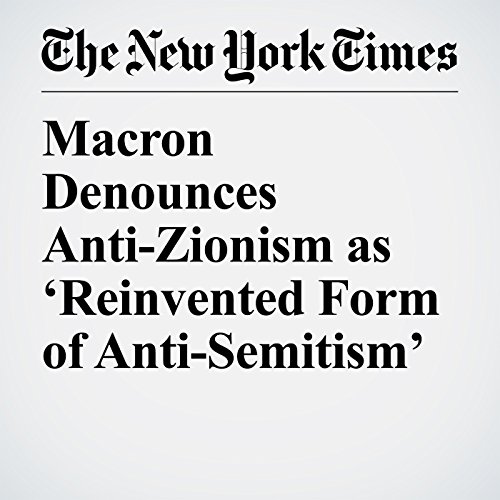 Standing at a site from which thousands of French Jews were sent to their deaths during the Holocaust, President Emmanuel Macron of France on Sunday deplored his nation’s wartime role in abetting murder and pledged to fight a renewed tide of anti-Semitism.

"Macron Denounces Anti-Zionism as ‘Reinvented Form of Anti-Semitism’" is from the July 17, 2017 World section of The New York Times. It was written by Russell Goldman and narrated by Kristi Burns.