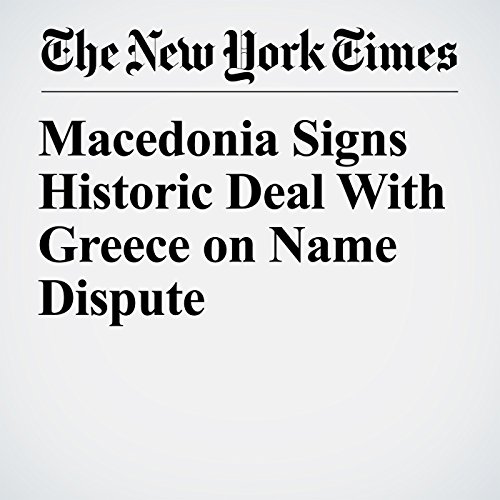 ATHENS, Greece — Macedonia signed a landmark agreement Sunday to change its name to North Macedonia, sealing a deal with Greece that would, if ratified, resolve a decades-old dispute and pave the way for the enlargement of the European Union and NATO.

"Macedonia Signs Historic Deal With Greece on Name Dispute" is from the June 17, 2018 World section of The New York Times. It was written by Niki Kitsantonis and narrated by Kristi Burns.