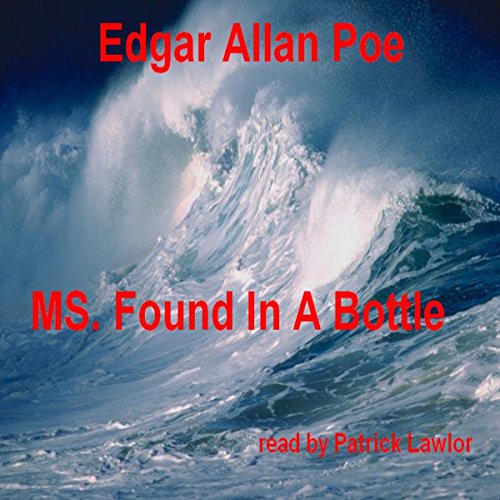 "MS. Found in a Bottle" is an adventure short story by Edgar Allan Poe that first appeared in the May 1833 edition of Baltimore Saturday Visiter. The plot follows an unnamed narrator at sea who finds himself in a series of harrowing circumstances. As he nears his own disastrous death while his ship drives ever southward, he writes an "MS," or manuscript, telling of his adventures which he casts into the sea. Some critics believe the story was meant as a satire of typical sea tales.

Edgar Allan Poe, born in Boston, was an American writer, poet, editor and literary critic considered part of the American Romantic Movement. Patrick Girard Lawlor, a classically trained stage actor, has performed onstage throughout the US and Europe.