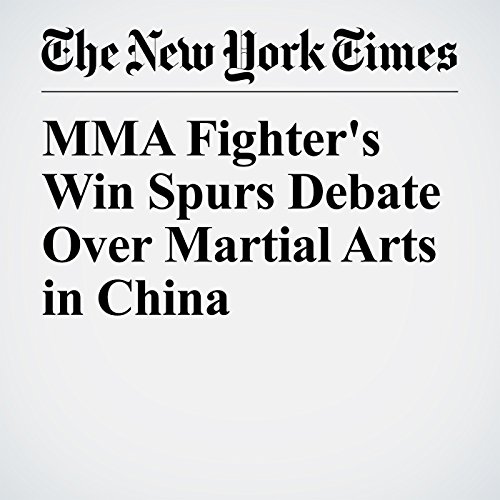 For weeks, mixed martial arts fighter Xu Xiaodong had been taunting masters of the traditional Chinese martial arts, dismissing them as overly commercialized frauds, and challenging them to put up or shut up.

"MMA Fighter's Win Spurs Debate Over Martial Arts in China" is from the May 10, 2017 Sports section of The New York Times. It was written by Didi Kirsten Tatlow and narrated by Kristi Burns.