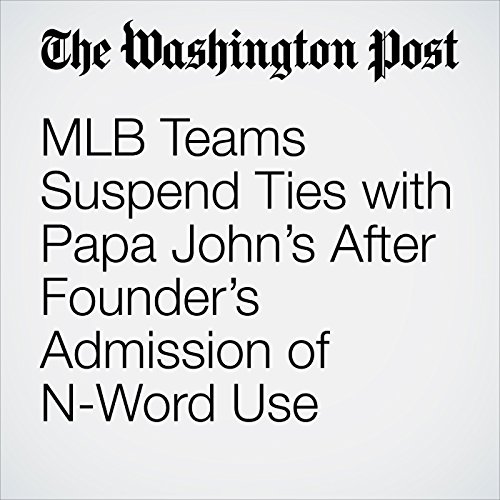 The fallout from Papa John’s founder John Schnatter’s admission that he used the n-word continued this week, as several MLB teams suspended their ties with the pizza chain. Schnatter, 56, apologized for his comments Wednesday and resigned as chairman of the board of the company, following a Forbes report about remarks he made in May. Schnatter acknowledged the report was accurate.

"MLB Teams Suspend Ties with Papa John’s After Founder’s Admission of N-Word Use" is from the July 13, 2018 National section of The Washington Post. It was written by Des Bieler and Scott Allen and narrated by Jenny Hoops.