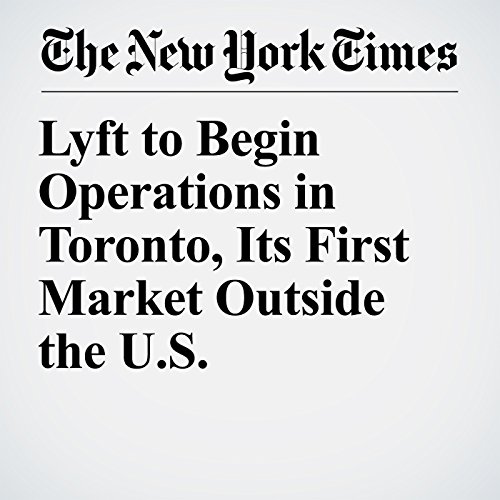 The ride-hailing company Lyft, a major rival to Uber in the United States, is moving to gain ground internationally. Lyft announced Monday that it planned to begin operating in Toronto, its first international location, in time for the holiday season.

"Lyft to Begin Operations in Toronto, Its First Market Outside the U.S." is from the November 13, 2017 Business section of The New York Times. It was written by Amie Tsang and Ian Austen and narrated by Kristi Burns.