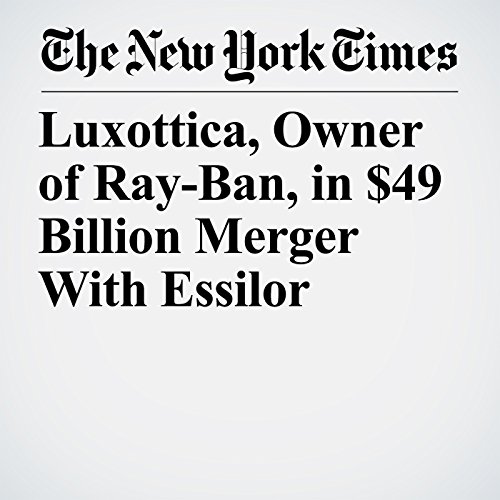 Luxottica, Owner of Ray-Ban, in $49 Billion Merger With Essilor

Essilor of France said Monday that it would merge with the Luxottica Group of Italy, owner of the Ray-Ban and Oakley brands, in a $49 billion deal that would create a giant in the eyewear industry.

"Luxottica, Owner of Ray-Ban, in $49 Billion Merger With Essilor" is from the January 16, 2017 Business section of The New York Times. It was written by Chad Bray and Elizabeth Paton and narrated by Fleet Cooper.