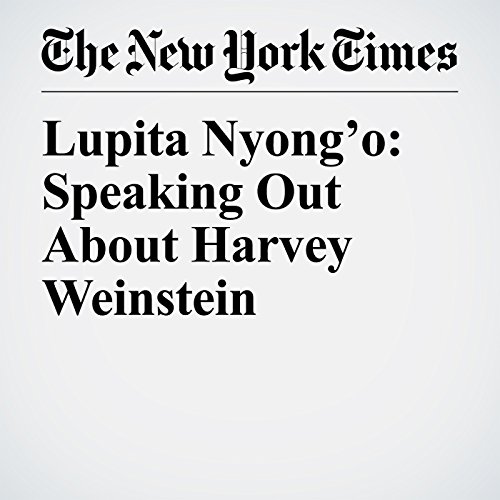 I have been following the news and reading the accounts of women coming forward to talk about being assaulted by Harvey Weinstein and others. I had shelved my experience with Harvey far in the recesses of my mind, joining in the conspiracy of silence that has allowed this predator to prowl for so many years. I had felt very much alone when these things happened, and I had blamed myself for a lot of it, quite like many of the other women who have shared their stories.

"Lupita Nyong’o: Speaking Out About Harvey Weinstein" is from the October 19, 2017 Opinion section of The New York Times. It was written by Lupita Nyong'o and narrated by Barbara Benjamin-Creel.