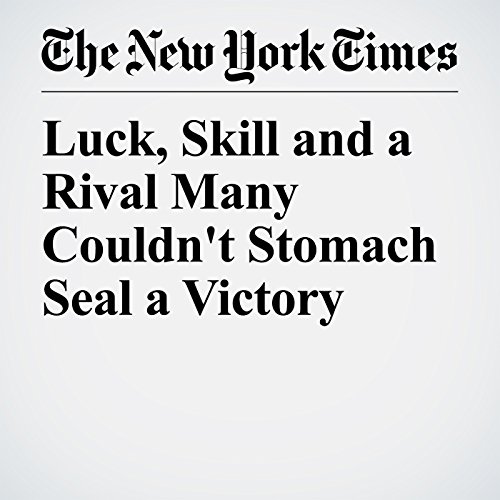 Luck, Skill and a Rival Many Couldn't Stomach Seal a Victory

The French presidential runoff transcended national politics. It was globalization against nationalism. It was the future versus the past. Open versus closed.But in his resounding victory Sunday night, Emmanuel Macron, the centrist who has never held elected office, won because he was the beneficiary of a uniquely French historic and cultural legacy, where many voters wanted change but were appalled at the type of populist anger that had upturned politics in Britain and the United States. He trounced far-right candidate Marine Le Pen, keeping her well under 40 percent, even as her aides said before the vote that anything below that figure would be considered a failure.

"Luck, Skill and a Rival Many Couldn't Stomach Seal a Victory" is from the May 07, 2017 World section of The New York Times. It was written by Adam Nossiter and narrated by Keith Sellon-Wright.