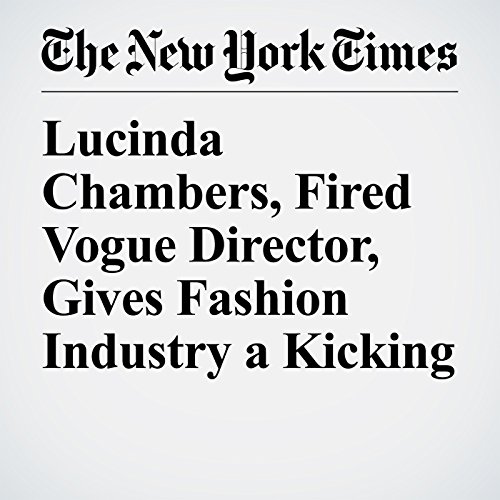 At the couture shows in Paris this week, the front row was abuzz — both conversationally and electronically — with news of an incendiary interview with Lucinda Chambers, the former British Vogue fashion director, that was unusual in its frank criticism of the 21st-century fashion ecosystem.

"Lucinda Chambers, Fired Vogue Director, Gives Fashion Industry a Kicking" is from the July 04, 2017 Fashion & Style section of The New York Times. It was written by Elizabeth Paton and narrated by Kristi Burns.