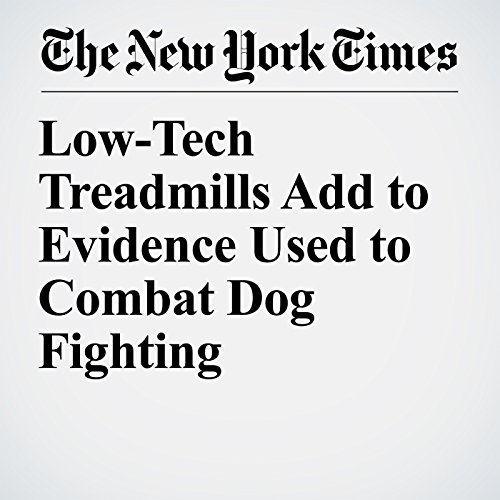 A woman was arrested on charges of animal cruelty after officials found all the signs that her pit bulls had been used for dog fighting, according to prosecutors in Queens, New York. Huddled in cages inside a garage in the Far Rockaway neighborhood of Queens, the four dogs had torn ears, bruises, broken teeth, puncture wounds and cuts.

"Low-Tech Treadmills Add to Evidence Used to Combat Dog Fighting" is from the February 23, 2017 U.S. section of The New York Times. It was written by Sarah Maslin Nir and narrated by Mike DelGaudio.