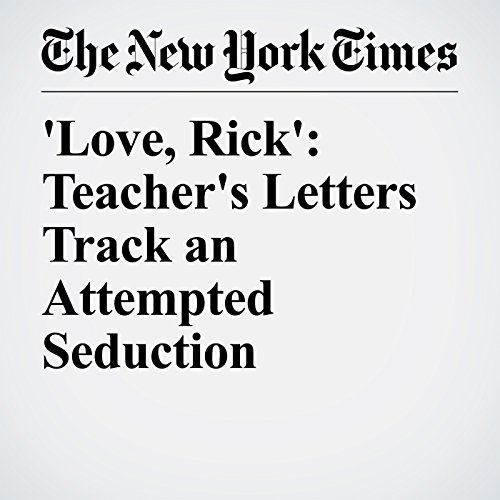 The first letter was hand-delivered, written on a store-bought card that was as goofy as it was flirtatious. The sender, who signed it as Rick, apologized that he was not around when its recipient, Jane, stopped by. He invited her to come back for poetry and wine.

"'Love, Rick': Teacher's Letters Track an Attempted Seduction" is from the May 25, 2017 U.S. section of The New York Times. It was written by Elizabeth A. Harris and narrated by Barbara Benjamin-Creel.