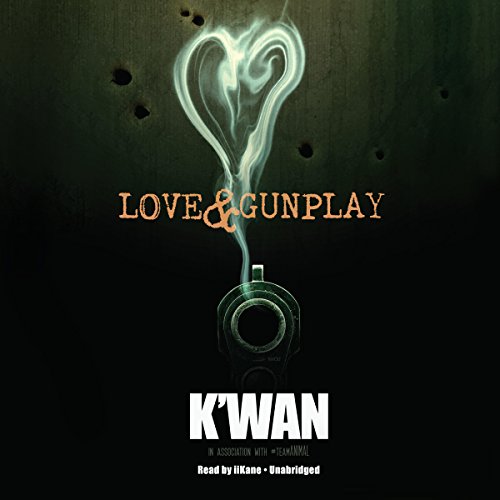 After news of the attempted murder of his estranged fiancée, Gucci, Animal has two things on his mind: love and gunplay.

With the help of his mistress, the deadly Red Sonja, Animal manages to elude his captors in Old San Juan, Puerto Rico, and washes up on the shores of Miami, Florida. He's one step closer to home, but it may as well be a world away. Animal is still a wanted fugitive, and getting to New York undetected proves to be trickier than he thought. This all changes when he meets an old friend of Red Sonja's, a New Orleans refugee named Diamonds.

Diamonds promises to provide Animal with safe passage from Miami to New York and all the firepower he will need to settle his blood debt, but he also brings something far more valuable to the table: the name of the man who shot Gucci. Diamonds holds the key to unlocking the mystery of what really happened that tragic night in Harlem, but the information comes at a price.

Animal finds himself swept up in a deadly game of cat and mouse set in the glamorous Miami underworld of sex, drugs, and violence, where cash is king and death is always lurking. His only ally is a mysterious stripper named Reign, who harbors a secret of her own that threatens to change everything.

this book could've been added to the next book on animals revenge, it was a waste of $$ and time to throw such a short and unnecessary part into a single book. love kwan though, and all of the dozens of other books I've read.

This is a re-write of a previous book written by Kwan. Still a good story.

I love this Author

But the reader of this book was absolutely horrible. could not distinguish characters and she read it to fast.

Because this was a short story I figured, I can do this- I can listen to this short story to pass time. But by chapter 3, I realized it's a NO for me. Every 4 minutes a new character was introduced and by chapter 3 somebody had escaped from another country, got almost kidnapped, cut someone's tongue out then too many people to count got killed. It didn't hold my interest enough to even invest who did what to who. It was just a bunch of noise that I decided to turn off.

I got this after i read animal 1 thur 4.5 now I have a better understanding

🥲books are not in order

This was a good read but didn't live up to the expectations I had for it I think because I loved the Animal series so much. Animal was his usual vicious self however, and the plot thickened a lot. Trust no one.

Kwan has done it again

Kwan continues to connect all the dots and make the stories flow so cohesively. I am amazed at how all the books that I've read have seemingly been in order even though I actually read some of them out of order. The way he has connected the different versions and the different characters makes them all feel authentic and gives them such a humanistic vibe that I have learned to love and hate all of them for their attributes as well as their flaws.

what more can I say It's ANIMAL and the Homies.Eating Food. I love them all

I just want to say how much I absolutely love your books! I can’t seem to put them down. Continue writing my brother!! You’re the best at what you do. I truly mean it.